Marc’s performance of Prokofiev’s Violin Concerto n. 1 at the LAC in Lugano with the OSI under conductor Michele Mariotti at the end of September has been praised by critics. Enrico Colombo wrote: “The sound of the violin has always dominated for strength and expressiveness. Even the listeners gradually breathed with him and surrounded the music with absolute silence, which lasted a long time after the last note was turned off and then dissolved in irrepressible applause. Bouchkov had to give an encore, the Third Sonata, “Ballade”, by Eugène Ysaÿe, but it was not enough. Then he resorted to his own composition on melodies of Ukrainian folk songs, which still increased the emotion of the listeners.”
More info HERE 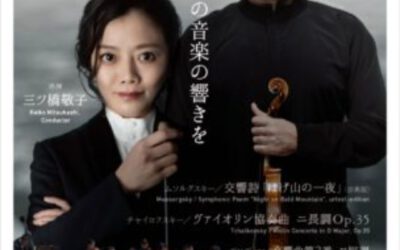 On Sunday 26 June, Marc finishes his journey in Japan. He will perform Tchaikovsky's violin concerto at the Kanagawa Kenmin Hall, with the Kanagawa Philharmonic Orchestra under conductor Keiko Mitsuhashi. More information at the following link:...

END_OF_DOCUMENT_TOKEN_TO_BE_REPLACED

On June 24, at the Toppan Hall in Tokyo, Japan, Marc is performing a well-contrasted program of unaccompanied violin works, merging virtuosity with lyricism and solemn reflection. Bach's incomparable solo works Sonata n. 1 and Partita n. 2 (including the monumental...

END_OF_DOCUMENT_TOKEN_TO_BE_REPLACED 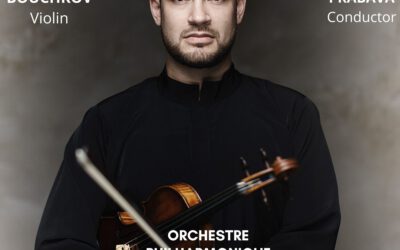 On April 28, 29, and 30, Marc will perform SAINT-SAËNS’ Violin Concerto No. 3 with the Orchestre Philharmonique Royal de Liège, under conductore Adrian Prabava

Written for Pablo de Sarasate, who performed the première in 1880, the Violin Concerto No. 3 by Saint-Saëns abounds in the elements of technical display and appealing lyricism, and demands significant interpretative challenges. More information at:...