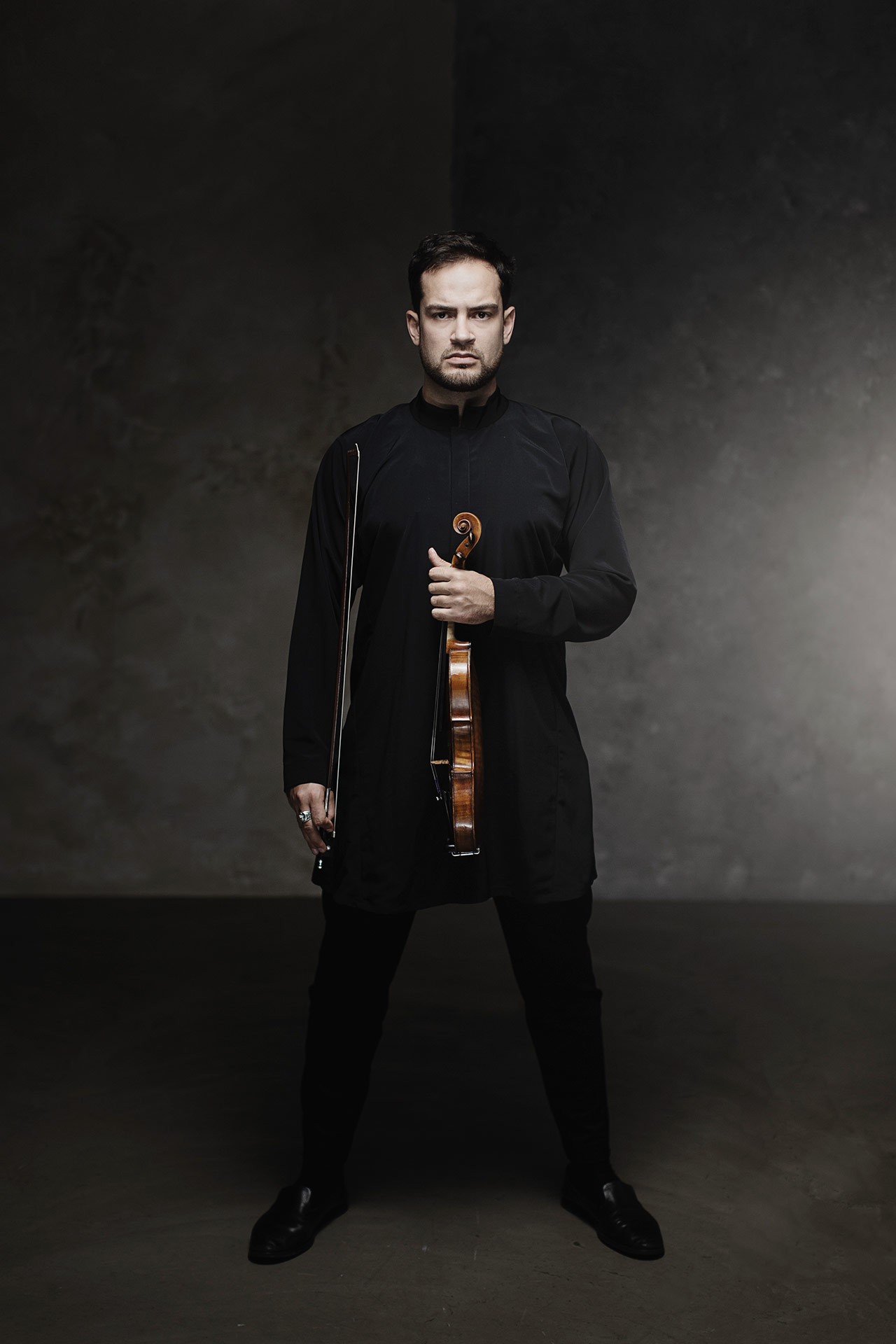 Marc Bouchkov’s artistry is driven by expression. The closeness of the violin’s sound to the singing human voice is his main inspiration to bring emotions and images as close as possible to his audience.

Belgian violinist of Russian-Ukrainian heritage, Mr. Bouchkov is a sophisticated musician of impeccable aplomb and has carved an international career performing with leading orchestras and conductors across Europe. He is one of the most multifaceted and unique artists of the new generation. His orchestral appearances include performances with the HR-Sinfonieorchester and Christoph Eschenbach, the Royal Concertgebouw Orchestra and Mariss Jansons, the Munich Philharmonic Orchestra and Philippe Jordan. He has also appeared with the NDR-Sinfonieorchester Hamburg, Hessische Rundfunk Orchestra, Tonhalle Orchester Zürich, the Orchestre National de Belgique, the Orchestra Sinfonica Nazionale RAI in Turin, the Mariinsky Theater Symphony Orchestra, the Stavanger Symphony Orchestra, the Royal Philharmonic Orchestra of Liège, the Moscow Philharmonic Orchestra, the Orchestra di Milano Giuseppe Verdi, and the Verbier Festival Chamber Orchestra among others, collaborating with conductors such as Christoph Eschenbach, Valery Gergiev, Gábor Takács-Nagy, Stanislav Kochanovsky, Michael Sanderling, Andrey Boreyko, Nikolaj Szeps-Znaider, Dmitry Liss, Christian Arming, Lionel Bringuier, Maxim Vengerov, James Judd, to name but a few.

As an active recitalist, Mr. Bouchkov has performed in many of the world’s most prestigious concert halls such as Wigmore Hall, Carnegie Hall, Amsterdam’s Concertgebouw, Elbphilharmonie Hamburg, Dresden Frauenkirche, Concert Hall of St. Petersburg, Tonhalle Zürich, Munich’s Prinzregententheater, Paris’ Theatre de la Ville, Maison de Radio France, and the Konzerthaus in Berlin among several other venues. A fine chamber musician, he is a regular guest of the Verbier Festival in Switzerland.

Highlights of Mr. Bouchkov’s last two seasons included appearances with Philippe Jordan and the Munich Philharmonic, Nikolaj Szeps-Znaider and the Brussels Philharmonic Orchestra, Stanislav Kochanovsky and the Hessische Rundfunk Orchestra, Gábor Takács-Nagy and the Verbier Festival Orchestra, as well as recitals and concerts at the Elbphilharmonie Hamburg, Konzerthaus in Berlin, and the Schubertiade in Hohenems. After a bunch of very successful concerts at the Verbier Festival in Switzerland, and in Montenegro and Greece, Mr. Bouchkov performed with pianist Mao Fujita in Latvia, at the Riga Jurmala Music Festival, and in Georgia at the Tsinandali Festival, where he played five different programs including performances with the pianist and conductor Lahav Shani and Brahms’ Double Concerto with cellist Mischa Maisky under the baton of Christoph Eschenbach. In 2021 he was invited to perform at the Concertgebouw in Amsterdam with the Netherlands Philharmonic Orchestra under the baton of Ludovic Morlot, followed immediately after by an invitation to be artist in residence of the orchestra in 2022/2023.

Marc Bouchkov’s first recording by Harmonia Mundi is of special significance since it includes two world première pieces by Eugéne Ysaÿe, and two works composed by himself. The album was awarded a Diapason d’Or and a Diapason Découverte as well as nominated for the ICMA 2018 and received tremendous acclaim on Gramophone reviews. The English magazine featured him as “One to Watch “.

Marc Bouchkov was born into a family of violinists. He received his first lessons at the age of five from his grandfather. Studies with Claire Bernard and Boris Garlitsky followed. With Mihaela Martin, Marc developed as a Young Soloist in a postgraduate course at the Kronberg Academy. Since October 2018 he is under the musical tutorship of Eduard Wulfson.

Mr. Bouchkov currently serves as professor on the faculty of the Conservatoire Royale de Liège (BE) and the International Music Academy in Liechtenstein. From 2017 to 2019 he taught at the Kronberg Academy (DE) as Artistic Assistant.

Marc Bouchkov plays a Carlo and Michelangelo Bergonzi violin from 1742-44 as a private loan on behalf of Edwulstrad RMIC Ltd.